Last Day of Classes for Spring Semester Saturday, May 06, 2023 Mashael is a PhD Candidate at the Linguistics Program at George Mason University. she earned her Master's degree in Linguistics from Georgetown University. Mashael’s research interests include semantics, prosody and second language acquisition. She authored and recently published an article titled “Production of Modern Standard Arabic Lexical Stress Cues by Native Speakers of American English” in the Routledge Handbook of Arabic Second Language Acquisition. 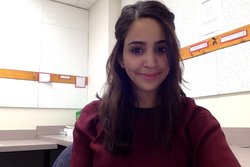 Aseel is a PhD candidate in her fourth year. She earned her master’s degree in Linguistics and TESL certificate from George Mason University in 2014. Aseel previously assisted in teaching Ling 306, Ling 307, Ling 521, and Ling 525. Aseel's research interests include phonetics and phonology, specifically in second language acquisition. She is currently working on her dissertation: “The Obligatory Contour Principle in Language Acquisition”. Ali is a PhD student in the linguistics program. His research interests include investigating the perception and production of non-native structures, examining language from an evolutionary perspective, foreign accents, bilingualism and OT. He received his BA in English from King Faisal University, Arabia. Also, he holds a Master's degree in Linguistics from California State University. In his “free time”, he likes to travel, read in various fields such as philosophy and psychology, write poetry and contemplate the dismal fate of humanity.

Abdullah is a PhD candidate in the program. He is interested in phonology; particularly, in Second Language Acquisition of speech sounds and relationship between speech perception and production. In addition, he is also interested in Arabic dialectology. He's co-authored and published an article titled “First Notes on the dialect of Jabal Faifia” in the Journal of Arabic Linguistics. Omar is a third year PhD student in linguistics and a graduate lecturer, currently teaching at the Modern and Classical Languages department. In 2014, he earned his Master's degree in Linguistics from Southern Illinois University. Omar's research interests include phonetics, phonology, and second language acquisition. Hussain Almalki is a PhD candidate in linguistics. Hussain has taught several courses in the linguistics program including English Grammar, English Phonetics, and Second Language Acquisition. His research interests include phonetics, phonology, prosody and language acquisition. Sahar Almohareb joined the PhD program in linguistics at George Mason University in 2015. Prior to that, she received her MA in linguistics from Florida International University in Miami FL. Sahar’s research interests include 1st and 2nd language acquisition, phonetics and phonology. She is currently conducting research on the production and perception of accented speech. When not working on her research, Sahar enjoys hiking and cycling.

Zhiyan joined the Phd program in 2013. He is interested in phonetics and phonology, and his research plan includes sound change, and second language speech perception, especially second language (L2) learners’ perception of L2 contrasts. Zhiyan has several years of Mandarin Chinese teaching experience both in the U.S. and abroad. He received a BA in Chinese from Soochow University, China, where he focused his efforts on Chinese philology. He also holds an MA in English from George Mason University. Ben is a first year PhD Student in linguistics and a linguistics graduate research assistant to Dr. Sylvia L.R. Schreiner in her work on Central Siberian Yupik. His research interests include morphology, syntax, and morphophonology. He is also interested in language documentation and revitalization efforts and hopes to use his skills as a linguist to help preserve the world’s languages for future generations. Andreea Sandu is a first-year Ph.D. student and teaching assistant in the linguistics program at GMU. She received her Bachelor's degree in Linguistics and French from the University of Virginia in 2017, with highest distinction for her honors thesis on the origin of the French language.  Her research interests combine historical linguistics, sociolinguistics, and linguistic anthropology, and also encompass language contact, language evolution, and language and gender. 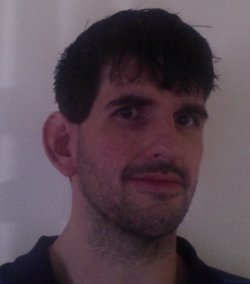 Mike is excited to study linguistics at George Mason after a stint as a high-school physics teacher. He is currently a Phd candidate in the program. Chiu-ching (Ken) started his PhD training in 2016. He is concentrating on Phonetics and Phonology, and interested in Language grammar and language acquisition. Ken has taught Japanese and Chinese Mandarin at Florida International University, where he received his degrees of MS in foreign language education (TESOL track) and MA in Linguistics. He also holds a BA in Computer Science from CUNY. He is currently being awarded teaching assistant-ship, and also teaching Academic English at INTO Mason. He is not only a linguist, a language instructor, but also a dog lover who holds a certified master dog trainer license. Yamei Wang is a first-year PhD student with interests in phonetics, phonology and second language acquisition. She is currently writing the first qualifying paper on sonority violations in word-initial C1C2 clusters. She is also a teaching assistant for LING 306-General Linguistics and LING 520 Introduction to Linguistics. Prior to arriving at GMU, she earned her master’s degree in Linguistics at Wayne State University.

Last Day of Classes for Spring Semester Saturday, May 06, 2023